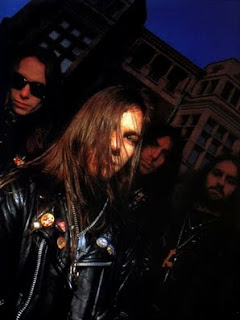 by Bjorn Norsterud
Dissection got enormous critics for their debut, Jon...

- Yes, that was more than we had expected.

he sais as [beskjedent] as han can. It's still full speed, no doom-tendencies?

Would you describe Dissection as a black- or death metal band?

- Well, it's hard to say, I don't think the lines are that clear any more. But when we started this band, it was in the purpose of making good death metal, so I guess that's where we have our roots.

There has been a change in Dissection since the last album, as guitar-player John Zwetsloot has left the band. The story is as follows:

- It seemed like he got tired of the band, he got lazy and in the end he didn't even bother coming to the rehearsals. It had to go just one way.

But he was an important factor in the song-writing?

- Yes, that's exactly what's the problem. He has done some things on this album, but we're doing fine anyway.

Does that mean he's quit the music-business?

- Actually not. He's already started a new band, called Cardinal Sin, which he runs together with ex-members of Marduk.

Wow! That sounds exiting. Zwetsloot's melodies and Marduk's intensity. But let us fast as Hell (fanden og hans beromte tofler...) turn back to Dissection. If you really keep up with what's happening, especially on the import-side, you would know that Dissection played on a compilation-CD from Wrong Again Records. A very interesting record, with, among others, songs from great bands as In Flames and Dark Tranquillity. Dissection's was the enormous "Where Dead Angels Lie", which also is found on the new record, though in a slightly different version...

- That song is actually written for classic guitar, with a somehow baroque-inspired melody.

And THAT you can hear! But the other song on that CD was called "Elisabeth Bathory", and is actually a cover of the legendary band Tormentor. From Hungary. When I admit that I don't know much about that band, Jon tells me that that may not be so strange...

- They haven't released any album. Only demos. But those tapes are fantastic By playing one of their songs, we would, in a way, make a tribute to them. Now Samoth from Emperor is going to release them on CD, via the record-company Nocturnal Art.

Melodies are, as you've probably heard, very important for Dissection...

- Yes. I feel the music gets even more evil and dark when you include some devilish melodies. I know there are a lot of bands that don't give a shit about that, and that can work very good too. But for us the melodies will always be important. I guess it has something to do with that we grew up with bands like Iron Maiden and Judas Priest. Classic Metal!

What exactly means "Storm Of the Lights Bane"?

- [Norwegian: Stormen av lysets undergang]. It can symbolise so much, but it's much about the death and evil that is everywhere. The lyrics are important to us.

- Yes, we're very satisfied with it. It's a guy called Necrolord who's done it, and he also did the last one. We live in the same town, so it was natural to use him. He's done a lot of covers [etterhvert], for Emperor, among others. We give him the lyrics, and he makes a picture after we have discussed the main-concept.

And let us not forget the new guitar-player, Johan Norman. Where did you find him?

- He has been a friend of us for a long time, so it seemed natural to ask him, Jon ends.
Posted by Noctir at 6:27 PM

my littlebrother is a litle bit lazy and a bit palculear. he and jon keept in kontact after he lefft the band they wrote eachouther letters when jon was in prison. jon sometimes coms visiting from the fifth dimension though iam sometimes transedental. 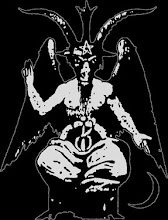